Staff Sargent Freeman Kilpatrick was stationed at RAF Sculthorpe in 1953.
He was part of the 3rd communication sqd which handled the telephone systems on the base for the 47th bombardment wing.

He was living in Hunstanton with his wife, Sara and 3 year old daughter, Suellen in rented accommodation on South Beach Rd.

On the night of the 31st of January, 1953.
Freeman and his wife was about to head out to catch a movie.

Babysitter, Joyce stubbins was at there home to look after their daughter.
At around 18.00, Freeman stepped out of his front door to notice a increasing amount of water start to appear, he soon realised that something was wrong.

He left his wife, daughter and babysitter and told them to get to higher ground.

He then went running down south beach rd to warn others and help families get on the roofs.
He then struggled though floods to get back to his own house with the flood level now over 15ft in less than 20 minutes.

He got back to his house and got his family and babysitter onto the roof.

A short time later his house disintegrated and the family was now adrift in the worst of the storm on the house roof for some hours.

They were rescued some hours later.

3 members of Joyce stubbins family had been killed in the floods.

Freeman was awarded the George Medal for his heroics in saving 18 people that night.

However, he never really wanted the attention, in fact he hated it.

He felt that he was the wrong person in the right place.

He sadly passed away in 2014, but before he did, he gave an interview to an Author,  Sean Kelly for his book "Home Bases."

The book is about US personel stories in the UK.

In the interview he stated that his wife was mad at him for leaving them for some time after the flood events.

He felt he did what anyone else would have done.

All he really wanted from the whole ordeal was a signed photo from the Queen.

Thanks to Sean Kelly, we made contact with Freemans son, Alex who after a few email exchanges offered the donation of his Father's George Medal.
Alex said that his Father never spoke of his actions and that Alex himself didn't find out until he was 14.
Alex also said that he knew is father would be happy that his actions and GM would be remembered back in Norfolk.

We wrote to the Queen and received a letter back within a week from her lady in waiting stating that the Queen was touched to learn of Mr Kilpatricks wish.

Sadly, due to the Queen's rules it wasn't going to happen.
we tried this for Freemans family.

We are thrilled that have had this unique opportunity to bring this Pricless peice of Norfolk history back for everyone to enjoy and remember the events and actions of many during the 53 floods which is still Britain's worst Natural disaster. 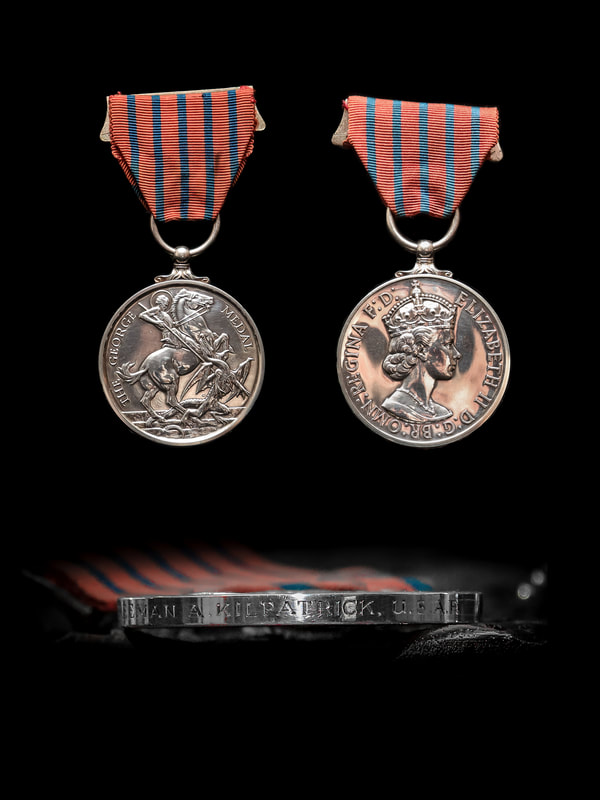 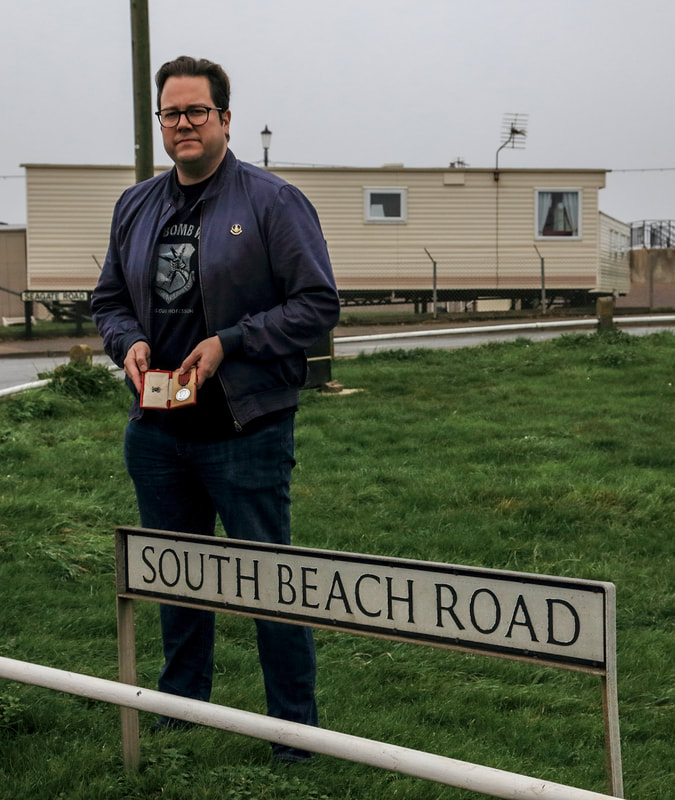